The name “Black Morning” reminds me of the Spanish word “Madrugada,” which is the time between 12am to 3am in the early morning when it is still dark. I wanted to incorporate a character, so I started with a vampire, a zombie, a scarecrow, and a crow. I eventually developed a goddess of night and day named Madrugada. She is partnered with her lover, NoCLara, the god of white nights. The style is based off an aged look that captures an Inca or Aztec feel. 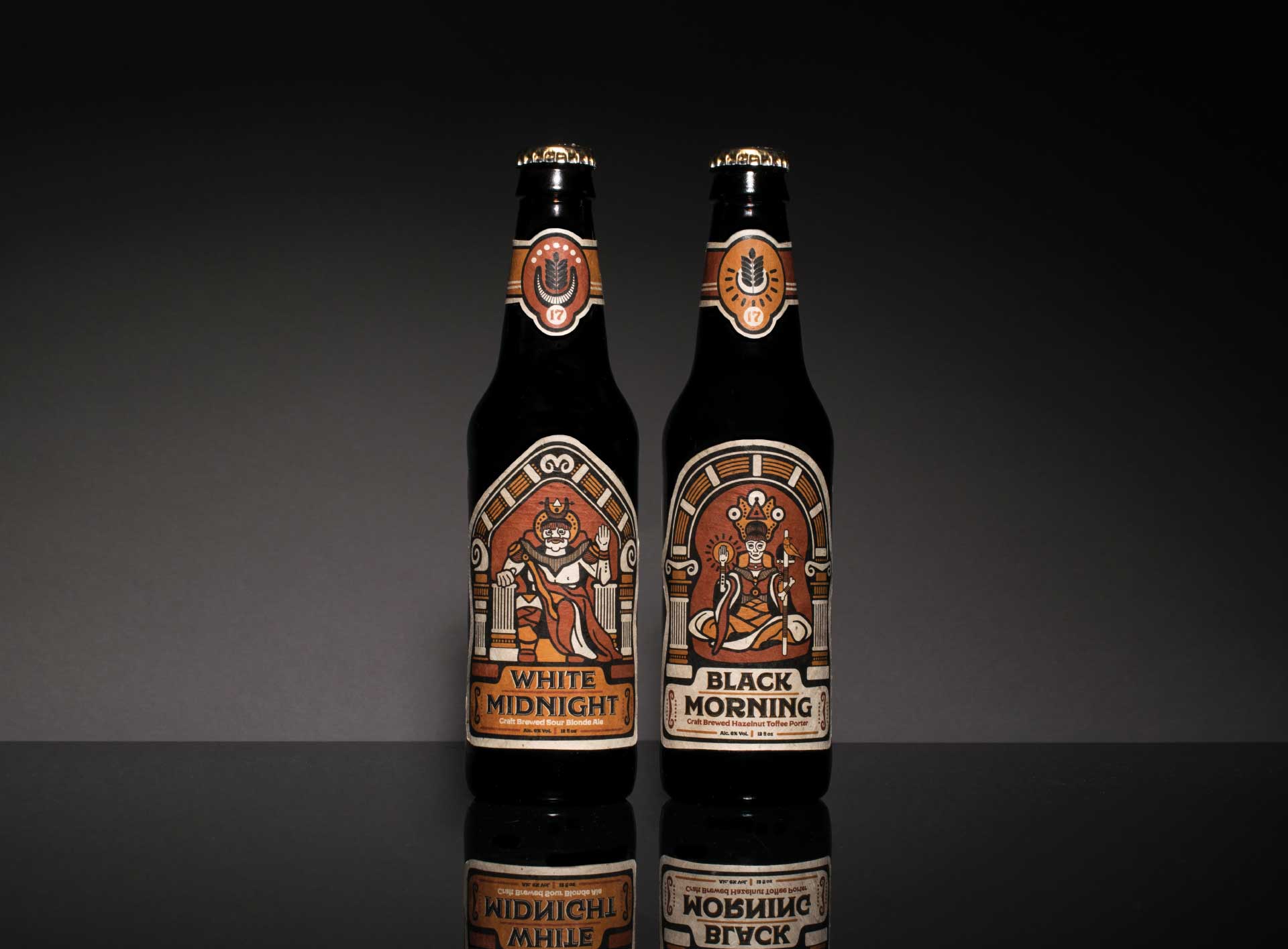